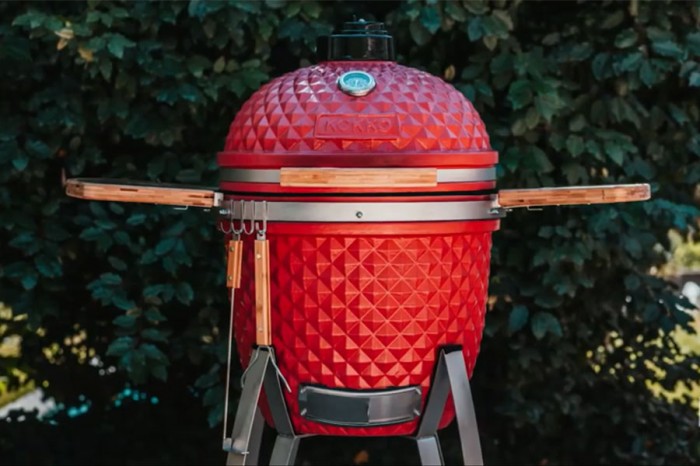 A MANUFACTURER OF KAMADOS IN THE COT OF THE HIGH KITCHEN.

The reign of Louis XIV, with its sumptuous banquets full of fancy recipes and decorative eccentricities, and the years immediately after the French Revolution, with the appearance of the first restaurants conceived as we know them today, are two decisive historical moments for the birth of the so-called âhaute cuisineâ and two milestones that highlight the importance attached to gastronomy, both in the past and in the present, in the culture of France.

We are therefore facing a country that enjoys an unbeatable reputation in this field for its refinement and its capacity for innovation, which has some of the most important restaurants and chefs in the world and that, in short, has managed to establish itself in the maximum reference at the international level in culinary matters and become synonymous with distinction, creativity and, of course, good taste.

With these precedents, which highlight the importance given in France to gastronomy in all its variants, and taking into account the culinary revolution generated in recent years thanks to the emergence of the kamados in Western restaurants and homes, it would certainly be strange May this love for quality cuisine and experimentation not be translated into the birth of a French brand dedicated to the manufacture of kamados.

In a market largely covered by companies based in the United States, this space has been occupied by the Kokko brand, a company based in the city of Lyon that is trying to gain a foothold in this specialized sector in which the competition, With the constant appearance of new brands and models, every day is more fierce.

To capture a market share in this harsh context and distinguish themselves from their competition, those responsible for Kokko have tried to provide their kamados with a series of their own qualities that, although not always completely new, make them unique and recognizable pieces for users.

Within these distinctive formulas, the most obvious is, without a doubt, its characteristic exterior design, ovoid like any other kamado but, in this case, endowed with a decorative diamond tip finish that gives its surface a peculiar similar aspect of a pineapple.

Another aspect to highlight of the Kokko kamados would be its traditional manufacturing, its construction with a thick-walled ceramic that increases its resistance and its retention of heat and, for the same reason, the use of metallic components of steel or enamelled cast iron , designed to withstand inclement weather and allow its outdoor location throughout the year.

Among the weaknesses of the kamados of the Kokko brand, the most striking is undoubtedly its limited range of models, since its product catalog is reduced, today, to a single kamado available in five different colors and with different equipment . The latter are distinguished by the possibility of acquiring the kamado in isolation, mounted on a metal cart with wheels and side tables or installed in a sturdy wooden furniture. It is also possible to acquire the kamado Kokko with or without additional utensils, but in all cases we would be facing the same kamado model and, therefore, before a single size, the so-called XL, which does not allow users to choose between different options in size depending on your tastes and, above all, your needs.

To conclude, among the inconveniences or weaknesses of Kokko, it is also worth mentioning its scarce distribution and marketing channels, which today are practically reduced to its official website, which clearly limits its purchase and the possibility of accessing offers that, by virtue of the competition, they could be launched by different businesses, regardless of whether they were physical establishments or online stores.